No. It’s not the start of an AR techie joke.

It's actually a snapshot in time for Lumus during our last CES in early January. As Karl Guttag in a recent blog post – Magic Leap, HoloLens and others were simultaneously visiting the Lumus booth at the same time at CES 2017.

Karl Guttag, Magic Leap, and Microsoft HoloLens at the Lumus booth at CES 2017.

Guttag, the optics expert, whose insights The Information quoted in the now famous Magic Leap article heard around the world, was a frequent visitor during the four day conference. 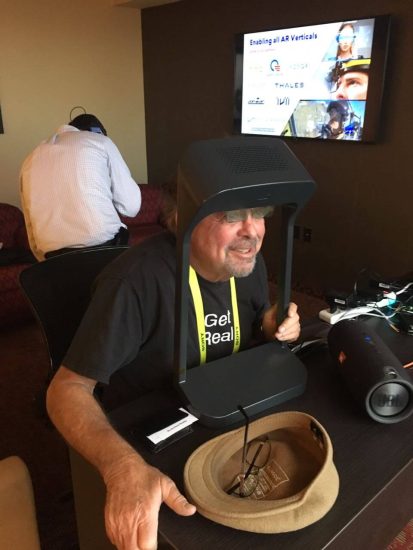 Glasses for the masses. That’s the term one AR Company’s CEO coined to describe the trend to make augmented reality and mixed reality more practical. Pragmatism is key to unleash this tech to the world. Walking around CES, it was clear that every AR company was striving to achieve the best experience with the most minimal hardware.

So what happens when a tech journalist or influencer at CES 2017 walked into the Lumus booth and saw our latest AR technology, The Sleek and Maximus?

Ben Lang from RoadtoVR grabbed an awesome video of the dragons that Maximus and its optical engine were displaying.

"Ultimately I was very impressed by the capabilities of the Maximus optical engine…. this waveguide technology seems like it could be a foundation for extremely compact AR glasses…."

Greg Rosenzweig of Uproxx appreciated the ‘wearable’ form factor of our glasses and was impressed by the optics in our DevKit 50. Rosenzweig experienced a demo of a little green zombie being abducted by aliens back to the mother ship, in full industry-leading 40 degree field of view.

An energetic fitness instructor floating over the mountains surrounding Las Vegas. That’s what Robert Scoble, futurist and AR/VR evangelist, saw when he tested our Sleek prototype in our Hospitality Suite before CES officially started.  We wanted Scoble to have a sneak peek. Watch the perky instructor as she twists and whirls, in broad daylight, over the hills of Las Vegas, on Scoble’s review on his Facebook page 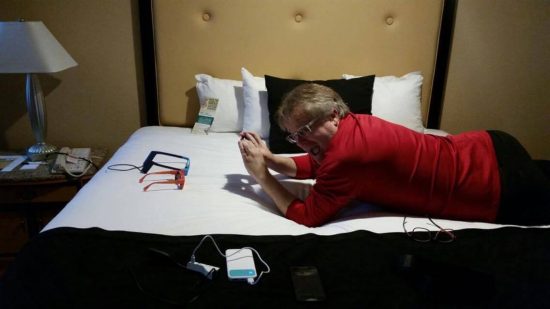 "This company makes the best optics I have seen…”

“Lumus makes the optics for glasses I predict we will all be bearing in a few years.”

A benefit to being an enabling technology is that we can launch and offer valuable products to several market segments. Gamers and hardcore AR/MR enthusiasts will enjoy the immersive, high-resolution Maximus; while Sleek is a product with practical applications and use cases.