The Future of Battle is Looking Up

While consumer tech giants like Apple, Facebook, Microsoft, Snap, and others are working on solving the challenges of how consumers will engage with AR glasses, the military around the world is already employing spatial computing in their daily activities - where their usage is often mission-critical, and every nano-second means the difference between life and death.

About a year ago, the US Army announced that the Microsoft HoloLens team had clutched a lucrative $480 million military contract to provide customized HoloLens systems to train and work in the field. That’s real revenue, even for Microsoft. The fact that the US Army has invested half of billion USD is a wakeup call to all the defense departments around the world.

Augmented reality is going to be an important tool in the future battlefield. The overlay of digital information on reality will be critical for identifying the location of ‘good’ soldier (Blue Force Tracking  (BFT) -US Army), and the enemy. The use case of marking and sharing the location of the enemy can bring a new level of accuracy to the battle, especially in areas that contain a dangerous mixture of soldiers and civilians. This is one glaringly obvious example of how augmented reality will be used in the future battlefield.  (Identifying civilians on the battlefield is perhaps one of the most common difficulties that handicap armies around the world today.)

There are many additional efforts of future solider programs that are called by many different names; Felin (France), Forza NEC (Italy), and Nett Warrior (US) programs. Several of these programs are not yet AR capable and instead focus on advancing communications and sensor technology into wearable devices. A few use head-mounted displays that are not transparent. Although this does allow the soldier to keep their head up and hands-free, they carry the risk of decreasing the soldier’s situational awareness by blocking their view of the real battlefield. 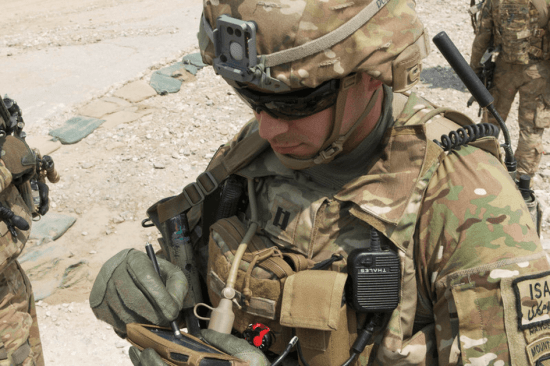 Besides the traditional usage of AR in the battlefield like the BFT, the complicated task of single soldiers to control and survey unmanned devices - like drones and UGVs (unmanned ground vehicles) - within a conflict area and still be fully aware, indicate the importance of using transparent display technology in head-mounted display systems. The technological revolution of the future battlefield calls for the Departments of Defense (DoDs, MoDs) all over the world to include AR capabilities for future soldier programs.

The use of augmented or mixed reality has already been implemented in combat aviation all over the world for more than 20 years already. Fighter pilots are certainly at the peak of ‘per soldier’ military spending, with some budgets exceeding 10’s of millions of dollars per pilot. It’s no surprise that head mount displays (HMDs) have become standard issue in the pilot’s helmet. Accumulated data and experience from these programs can and should be tapped by the developers for future ground soldiers.

Lumus, a supplier of the AR optics - the core underlying technology that ‘augments’ reality has been working for more than a decade with several private defense firms who sell into the US military. One of Lumus’s longest-standing customers, Thales Visionix, a subsidiary of Thales (the large French conglomerate) has been using Lumus optics in their Scorpion platform for nearly 9 years. Scorpion offers, full-color Helmet mounted cueing system allowing fighter pilots to simply “look and shoot” their targets without the need to fully maneuver the plane.

Within ‘future solider’ programs there are already products that demonstrate the industry and the DoD of several countries are pushing for augmented reality solution companies. For example, Elbit Systems - a leading global source of innovative, technology-based systems for diverse defense and commercial applications is currently developing additional scenarios that use augmented reality including night vision.

Another example is the ST Engineering (Singapore company) that develops the  Army Individual Eco-Lightweight Equipment (ARIELE). 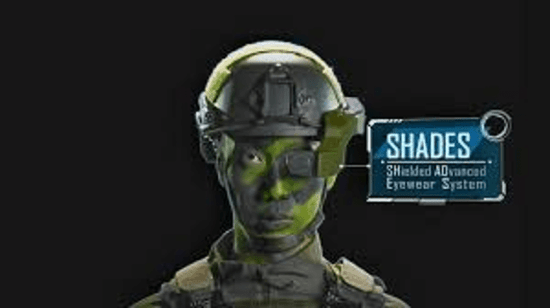 In addition to known and established companies, new innovators like Ravn, who describe themselves as “an augmented reality company building next-generation technology for our men and women in uniform". Ravn’s Odin product enables a tactical head-worn display with accompanying software platform that provides a universal interface for Human-Machine teaming across a wide variety of UAVs (small air drones) and UGV (unmanned ground vehicles) platforms. This unique blend of drone and wearable display technology delivers digital information directly into the field of view of the user, allowing them to access critical information while their head is up and their hands are on their weapon.

Another military segment that is interesting for combat soldiers is employed in armored vehicles. Soldiers within tanks and other armored vehicles will use HMDs to stay aware of their situation from 360 degrees.

What seems to unify all military applications of AR is the sparsity of content overlaid in the view of the soldier. This makes a lot of sense as combat soldiers need to have a high degree of situational awareness for increased survivability. The common denominator is the right information at the right time, and nothing else adding to the cognitive load of the soldier.

Integrating AR for ground soldiers will truly be a force multiplier. The combination of data, omnipresent sensors, and the correct heads up and hands-free display will prove invaluable for future battles.

Key Advantages of Reflective Waveguides over other solutions for AR Displays